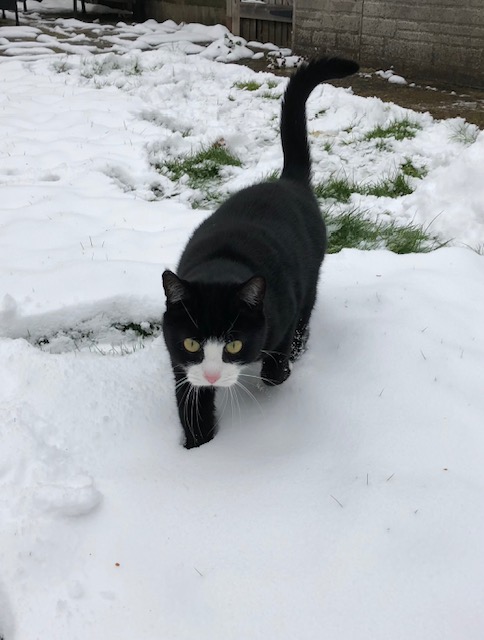 We hope you all loved the snow over the weekend as much as we all did with our youngsters and pets! However we wanted to raise awareness about Antifreeze toxicity.

With these cold and icy mornings, we’ll all be grabbing the anti-freeze sprays to try and clear the frost off the windscreens of our cars. Although this quick way of melting the ice is convenient for us, it can pose a risk to cats if they manage to lick any anti-freeze directly or walk over some a spillage and proceed to lick it when grooming themselves. It is also dangerous if a dog ingests anti-freeze, although it is less common for them to have the opportunity to ingest this toxin.

Why is Anti-freeze poisonous?

Anti-freeze contains ethylene glycol, which when metabolised by cats creates toxins which act on the tubular cells in kidneys. This can lead to Acute Kidney Failure.

Management of cats with toxicity

If aggressive treatment is started as soon as the ingestion has occurred, we have a higher chance of saving the pet.

Unfortunately, the prognosis for any cat that has ingested anti-freeze is guarded as toxicity can occur quickly and once the kidneys have been affected it is unlikely that the cat will recover.

We recommend that if you suspect that your cat has ingested any anti-freeze, or you are seeing any symptoms as described above that you phone us for advice at the Cape Veterinary Clinic on 01483 538990.

We Would Love to Care for Your Pets

Whether you’re looking to register your pet, or you’re already part of the family, we’ll put them at the heart of everything we do.

Register Your Pet Get In Touch